The Blog of John Deacon

The Internet age has seen the influential rise of social media. Consumer culture is tied to this modern phenomenon. This paper begins with an exposition of Herbert Marcuse’s grounding in phenomenology and his subsequent critique of Heidegger’s apolitical Dasein. In explicating Marcuse’s critical theory of technology, this paper will retrace Hegel’s influence on Marcuse in the idea of the dialectic. The dialectic is an integral aspect of social transformation. While modern technology may be value-neutral, it is argued herein that the lack of depth in social media provokes thought and invites critical dissent. Marcuse believes in the capacity of modern tools to effect social reform through adaptation. But emerging pathologies from online technology also have pressing challenges. For instance, social media makes manifest a dominant order that can be manipulative. It can be said that particular interests, notably from business and capitalists, shape the type of consumer culture that online technology promotes. In advancing Marcuse’s relevance in today’s Internet age, the paper will explore how social media as a platform can truly liberate the individual from the ills that consumerism peddles online. 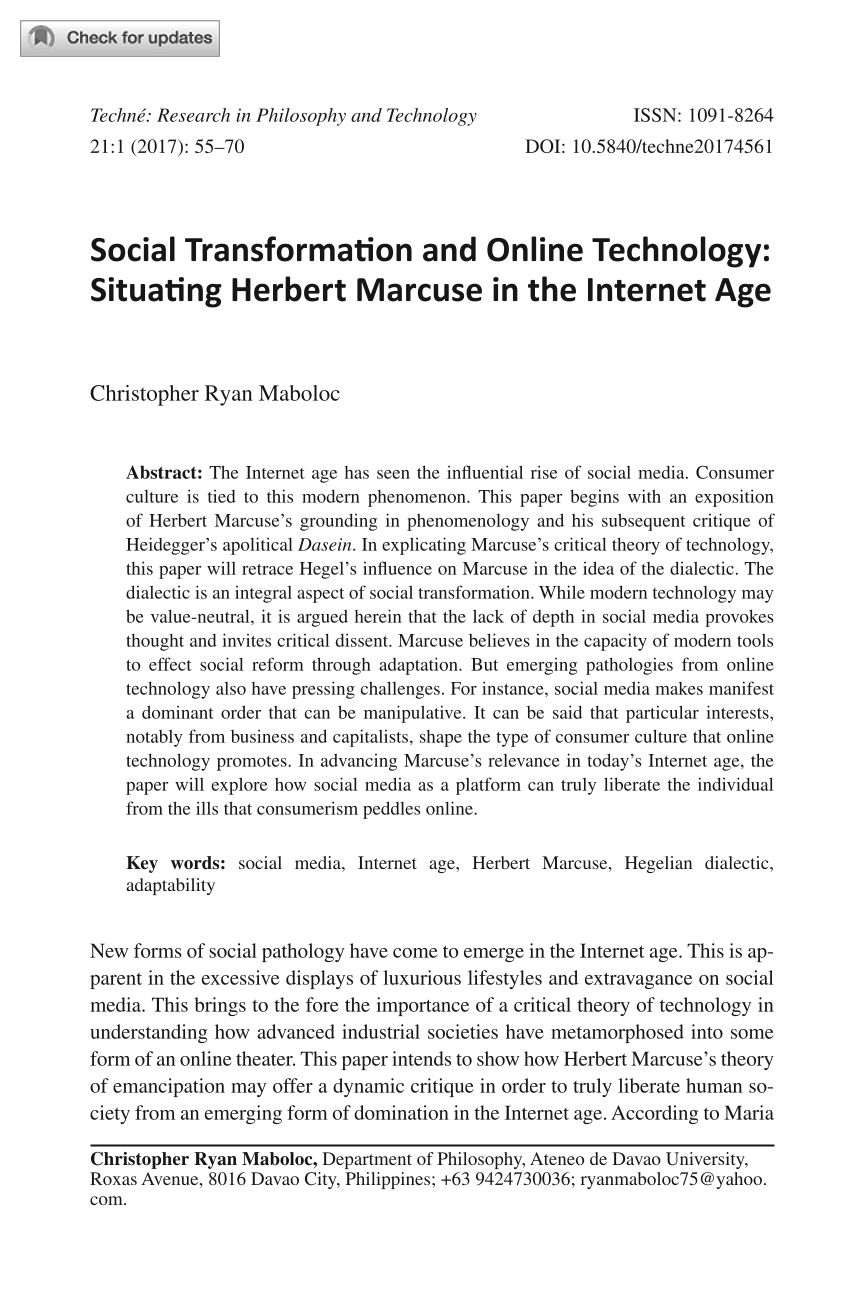 Fill out my online form

Helping creative leaders develop visionary intelligence because visionary entrepreneurs involving themselves in digital space need a way to navigate – a compass that can direct all stakeholders towards a unified mental outcome.

The Blog The Blog of John Deacon

Learn the structure and principles of integral awareness in the digital medium of expression. Create authentic value and learn how to simply empower your digital communications assets with powerful focus and control.

on all electronic & mobile devices.
Exclusive Content! Free signup in 2017.

LEARNING HOW TO STEER

on the transformational ocean of change.
Exclusive Content! Free signup in 2017.

Talk to us about developing your memorable value
Join our digital message design workshop.
Learn how digital media is made for memory management.
Give it a try, you can unsubscribe anytime.

Powered by Convert Plus
E X C L U S I V E
Regain digital focus and navigate efforts to success.
Deeper thoughts on transdisciplinary practice in the transformation process that leads to digital business simplicity for online entrepreneurs of all creeds..
I won't spam you, annoy you, or share your private information, ever!